Every now & then the Church have to take on the Spirit of Elijah.

God is going to do HIS own thing in HIS own time.

Sometimes we end up in a place called ‘there.’ Sometimes God will place you in circumstances where you have to trust HIM.

Sometimes we have to be still.

The Lord is getting ready to have a ‘Show Down.; Be ready to do what HE has assigned us to do. We need to know that God will make sense out of non-sense to us. God will tell you to use what HE show you to use.

King Ahab was a hard headed against Israel.

Sometimes we lose things because we are hard headed.

If God is God serve HIM, if baal is baal serve him. You can’t have it both ways. 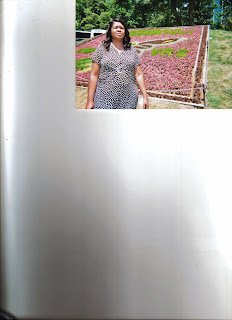 Get on the Lord’s side - Victory was won on Calvary Hill.

Even if you haven’t accepted God - HE still loves you, but hate your sin.

Elijah prayed to the Lord - in his prayer he knew what the Lord was getting ready to do.

We got to line up with what God’s Word says.

God shows up right on time.

Posted by Angela Watkins at 12:44 PM No comments:


Psalm/Tehillim 121 ... Able To Keep .... today limbs/trees/ice/water have been in highways & tonight some in our area do not have lights.

Psalm/Tehillim 34 ... The Voice of Experience


Psalm/Tehillim 41:2 ... he shall be blessed ... blessings of merciful man who enjoys protection & care of Yahweh in every situation.

Back in the day they were called 'Negroes,' but in this century they are Blacks - African-Americans.

Visit your local library or search the Internet to learn more about the above mentioned.

Posted by Angela Watkins at 9:34 PM No comments:

I personally recommend each Bible Student to have the following books in their library: Vine's Expository Dictionary of Old & New Testament Words by W. E. Vine, The Strongest Strong's Exhaustive Concordance of the Bible by James Strong, LL.D., S.T.D. and The New Compact Bible Dictionary by Zondervan Publishing House.

Adonai - The Jews used Adonai as a substitute for God's name, which they fervently believed should be reverened by not being spoken aloud.

After Judas Iscariot betrayed Jesus, Matthias replaced him as the twelfth apostle (Acts 1: 21-26). Paul of Tarsus, once known as Saul, later became an apostle through special commission from Jesus (I Cor. 15:9 - 10; Gal. 1:1).

B.C. - Abbreviation for "Before Christ" - a calendar designation intended to represent the years before the birth of Jesus.

Bible - There are sixty-six books, writing that provide believers with an awe-inspiring record of God's nature and character. The Bible has withstood the most overwhelming scrutiny. The Old Testament authors allude to a new "covenant" (agreement or contract) that was later revealed through Jesus Christ (Jer. 31:31- 34); the New Testament confirms the full authenticity and dependability of the Old (John 10:35; 2 Tim. 3:14-16) and asserts its own authority (I Tim 5:18 - Luke 10:7 as Scripture; see also 2 Peter 3:15 - 16).

Christ - From Greek Christos, "anointed one."

Cross - The New Testament accounts say that Jesus was crucified on a stauros (Greek: "cross" or execution stake).

disciple - English translation of the Greek mathetes, "learner" or "follower." Jesus defined a disciple's calling in this way: "If anyone would come after me, he must deny himself and take up his cross and follow me" (Mark 8:34).

Jehovah - Because they viewed YHWH, God's personal name, as too holy to be spoken, the Jewish people substitued Adonai ("Lord") for it, even using the vowels from Adonai when writing YHWH.

Mary, Mother of Jesus - The angel Gabriel refers to Mary as "highly favored" (Luke 1:29); she was present when Jesus was crucified (John 19:25), and she was with the disciples (Acts 1:14) after the ascension, following the resurrection.

Torah - Hebrew "Instruction" or "Law," the first five books of the Old Testament. Also known as the Pentateuch.

YHWH - Hebrew; personal name of God; also known as the Tetragrammaton. Israel viewed this name as too holy, to be spoken, so when reading the Scriptures, they substituted Adonai for YHWH. 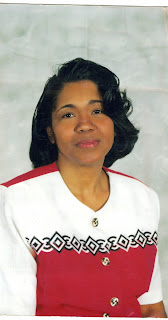 If Jesus is not divine, then he could not have paid for our sins and our faith is in vain.... D. James Kennedy, Ph D., Senior Minister, Coral Ridge Presbyterian Church

Timothy Paul Jones, has a doctorate in educational leadership from the Southern Baptist Theological Seminary.

April Williams, holds a Master's in theological studies from the Divinity School of Duke University. She is currently working on her PhD in early modern European history at the University of Mississippi.
Posted by Angela Watkins at 6:12 PM No comments:

Let us pray for all leaders, presidents and kings where we may lead a peaceable and quiet life.

On a serious note make sure you do know who your Heavenly Father is.....

By: Angela Doreathy Glass Watkins Bring every big and little thing to God in prayer for help, advice, or sharing your joy! Our Heavenly Father loves us. Sharing a note from a book I have reviewed.

I can't wait to hear from you! You are the joy of My heart! I created you to have fellowship with Me, and I love your company when you pray to Me.


You are so important to Me that I want you to bring every big and little thing to Me for help, advice, or sharing your joy! I am always available.

Prayer is the way you reach Me. Whether it's an arrow prayer or a lengthy one, I welcome all.

Don't worry if you continue to take back your worries. I am patiently waiting for you to turn them back over to Me again and again,.

I know that you'll grow stronger each time you focus on Me. I'm confident that My Spirit will continue to work in you to learn this challenging surrender, so don't think I'm upset or unhappy with you. I'll never stop drawing you into My loving embrace.

My daughter, you are valuable and precious to Me. Talk to Me often. Relate your worries to Me.

I stand ready to respond and take your burdens.

This review was shared from "Partly Cloudy with Scattered Worries" Finding Peace In All Kinds of Weather By Kathy Collard Miller. She has appeared on the 700 Club and other radio and television programs and has spoken in five countries besides the United States.